Culture has been known to greatly evolve over time. The present day culture in Japan consists of an integration of aspects from diverse terrains. It is however important to note that there are numerous factors in the present day Japanese culture that are indicant of the indigenous culture in the region (Eller 20). This implies a cultural background that gives base to the present day form of the country. The culture of Japan is basically characterized by an integration of aspects of literature which was originally similar to that of the Chinese. A notable fact about this aspect of the culture is that it has not greatly deviated. Yet another aspect that brings out the background of the Japanese culture is the language along with the civilization. The Japanese language is fundamentally related to that of the Koreans. Its civilization also draws influence from the Chinese a factor that was primarily initiated by the influence China had on the Japanese language (Eller 25). 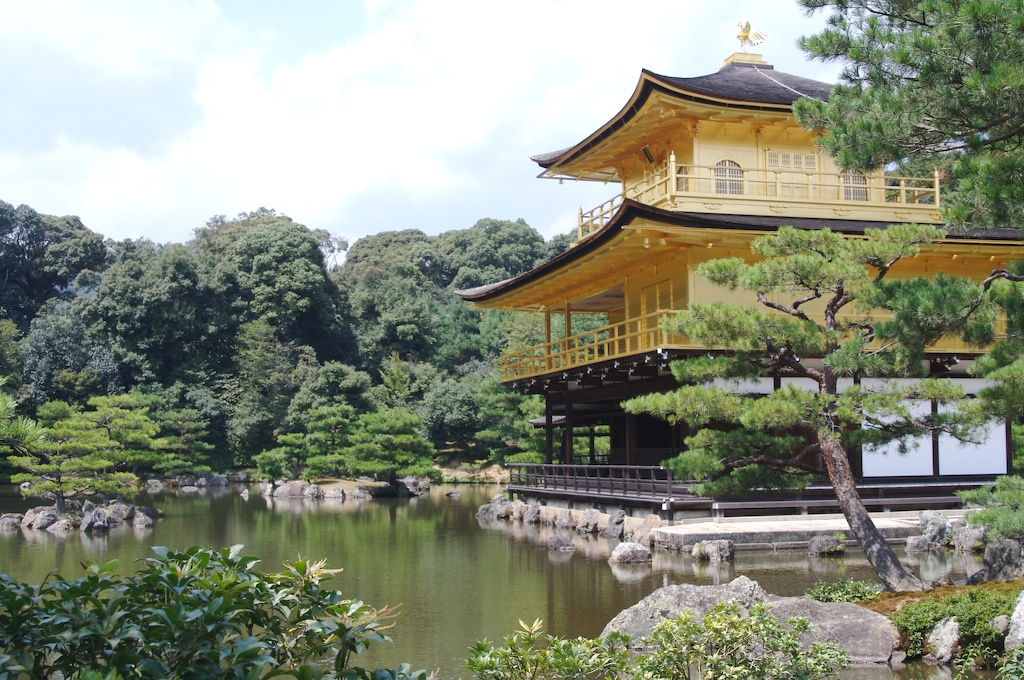 The environmental factor has been of great value to the Japanese. Adopting the western technologies for their advancement has greatly influenced the Japanese environment (Eller 30). It is important to note that the Japanese greatly value nature. It therefore follows that the evolving of the culture along with its effect in the environment has greatly influenced the citizens. For instance, the modernization effect has had women equally competing for high paying white-collar jobs with men. Similarly, practices such as constant migration by families, especially the lot practicing foraging, have significantly been eroded. This has seen to the progressive depletion of the traditional culture. The Japanese culture initially had the people feel deeply integrated with nature. It is asserted that the Japanese word for nature is originally from china, a factor attributed to the inability to differentiate by the natives to differentiate themselves from nature (Eller 41). This implies inability to regard nature as an independent entity. It therefore follows that nature was a very important aspect of the Japanese culture.

Survival for humanity warrants development of ways to cope with the difficulties posed by the environmental factors. This involves ventures to manipulate the available resources to realize one’s survival (Eller 47). These ventures make up the aspects of subsistence strategies. It is vital to that Japan has had well defined ventures that well define their subsistence strategies. The major subsistence strategies in Japan include agriculture, horticulture along with foraging. Foraging has is a venture that is greatly considered archaic following the modernization effect. However, the practice still takes placed in Japan with the main form of foraging being aquatic. Individuals practicing this type of subsistence venture often settle around lakes and rivers (Eller 56).

Horticulture has often been practiced in large scale for commercial purposes. However, sections of the Japanese grow horticultural crops for subsistence. This implies selling the crops for money to manage survival at family level. This is closely knit to agriculture whereby a family grows crops for their own consumption and sells the surplus to cater for part of their monetary needs. The most commonly grown crop in the country is rice. The agricultural subsistence strategy is the most common approach for survival by the unemployed lot in the society. This practice often involves the entire family (Eller 60).

Economic class also characterizes the social organization in Japan. This implies a society with the rich high-income earners, the middle class lot and the poor low incomes earners. This implies a social structure that is stratified (Eller 63). It is however important to note that the government has made significant efforts to ease the poverty levels hence achieve an egalitarian society structure. However, it should be noted that the Japanese culture initially had a society structure that displayed egalitarianism. The stratified societal structure in Japan has generally been influenced by the modernization in the society hence a factor regarded as an effect of civilization (Eller 69).

View of nature in the Japanese society exhibits great diversity from that of the westerners (Eller 72). Over the past years, Japan has greatly evolved mastering western concepts in ensuring change and effective industrialization. However, it is important to note that the background of the Japanese culture provides for economic ventures mostly limited to family levels. Traditionally, aspects such as agriculture were majorly controlled at family levels. It is however important to note that the economic trends in the empire have greatly evolved as aforementioned (Eller 80). This is attributed to the fact that Japan adopted the western civilization as well as the technological aspects to enhance her growth and economical advancements. It therefore follows that the modern Japanese culture is a product of the integration of the indigenous aspects of the traditional Japanese culture along with the concepts borrowed from the western ideas (Eller 84).

Gender roles in Japan bear great influence to the social organization of the Japanese people. The gender role factor has gone a long way in determining the economical orientation of the country. While women become independent upon marriage in Japan as provided in the modern cultural trends in the country, it is important to note that traditional role division remains a vital factor in the nation (Eller 89). In Japan, the contribution of women in the economy can be equated to that of men following the fact that they remain full time workers in the employment sector. However, the wage problem that spells out the difference often arises when a woman gets pregnant (Eller 90). An expectant woman in the country is often required work as a part time employee a factor that often raises the issue of wage inequality. Generally, men in the Japanese community are considered the family heads in the much concerns bread winning. This has further been enhanced by the fact that the men are also considered the ultimate decision makers (Eller 93).

Division of labor is yet another important aspect that characterizes the Japanese culture. Closely related to gender roles, division of labor seeks to generate clarity on the various forms of work suitable for the different genders (Eller 97). As in most developed nations, Japan exhibits pronounced features of division of labor whereby most of the white-collar jobs during the post war periods were reserved for men. It therefore follows that the employment structure, though significantly changed over the past decades, primarily provided that men occupy the top positions in the white collar job scope (Eller 100). Despite the fact that women in the present day Japan become more independent upon marriage, it is important to note that during the post war periods women were compelled to stop working upon marriage to focus on their husbands. Nonetheless, this has changed with time seeing to the adoption of part time working system for women upon pregnancy (Eller 106).

Japan has been among the economically stable nations in Asia over a long period of time. This has been influenced by the major technological advances made by the country over half of the 20th century (Eller 110). The technological advancements have greatly facilitated industrialization in the country, a factor that has further aided in the economical strength enjoyed by the state. However, it is also important to acknowledge the role played by agriculture in the economical position of the country. The Japanese local economy has been backed by a number of aspects influenced by the cultural orientation of the country (Eller 115). Despite the fact that the country enjoyed a strong economical base recent times have seen the country plunge into recess. However, at close regard, it is apparent that the country’s economic position reflects the economical recess the global economy has gone to. It is however important to note that the various factors influencing the country’s economy are influenced by aspects such as gender roles, social organizations along with employment aspects (Eller 121).

Following the need to ensure continuous economical growth, Japan has had employment policies that seek to back the same (Eller 123). This has greatly facilitated foreign investments in the country as well as enhanced international relations. Following this, the employment sector has enhanced diversity, allowing for employment reciprocity. This implies provisions by government policies to facilitate conducive working by an individual employed in Japan by employer. It is however important to note that the individuals employed under these circumstances are exempted from contributing to the country’s economy in taxation mode unless they work in the country for a period of more than five years (Eller 125).

Given the fact that culture constantly evolves, the face of the Japanese society has expressed constant changes over the recent past. However, the main consideration point has been the direction of the change (Eller 129). The Japanese facial appearance is a factor that has greatly been affected by the cultural change. This implies analysis of facial change based on the societal structure in the modern day Japan in comparison to pre-war Japan. Primarily, the environment in the pre-war Japan is essentially very different from that of present day Japan. Technological aspects have influenced this as well as the various boundaries formed by the various economical ventures (Eller 132). However, it is important to note that the face of the country constantly adopts a new face given the changes inspired by modernization. This is a fact made apparent by the change in the gender roles and the modernization aspect that has seen to new forms of architect. Yet another factor that makes apparent the effect of modernization is the change in the orientation of the employing industry. As aforementioned, women have become as competitive as men in the employment industry. These and the changes in the environment, which surfaces as the greatest effect of modernization, make apparent the effects of the culture transformation.

Yet another aspect that brings out the Japanese culture is the political organization of the nation. Japan is a country with a democratic monarchial system of governance whereby the citizens are represented by parliamentarians (Eller 135). The powers of the monarch are defined by the constitution a factor that implies restrictions on the powers of the emperor. In essence, the emperor majorly performs ceremonial functions. It therefore follows that the main political powers are held by the parliament and majorly, by the prime minister. Closely related to the leadership aspect is the decision making process. Most Japanese organizations base their decision making process on the feudal system of Japan. The feudal system in Japan has greatly been eroded over time. However, the erosion has been regarded to be in theory (Eller 138). In practice, the country’s social structure still displays aspects of feudalism. This process of decision making is regarded as the most effective despite the fact that they take long.

The ethnic factor in Japan has often triggered intense problems following the frequent conflicts. The constitution however seeks to ensure national integration through enhancing multiethnic interactions (Eller 140). The constitution stipulates that every individual in the country are equal irrespective of his or her ethnicity. Generally, there are a number of ethnic groups in Japan that exhibit difference in culture, a factor that triggers conflicts. Generally, the Japanese culture comprises of numerous factors that bring out the face of the nation (Eller 146). It is however important to note that the greatest change in the culture is as a result of modernization effect.

Here is the paper sample on Japanese culture to look through and order best essay help online. Also see how to do coursework GSCE and succeed with the paper work at the end of the term.

If you want to be a successful student, there’s one thing you’ve got to understand. There will be times when you’ll be loaded with multiple assignments with no possibility to cope with everything on time. Don’t get frustrated, though. You’re not alone and there are some good people on the web willing to help you. Visiting the Writing center will help you to improve your writing, and professional writers at Edupeet will solve your problems in a blink of an eye.